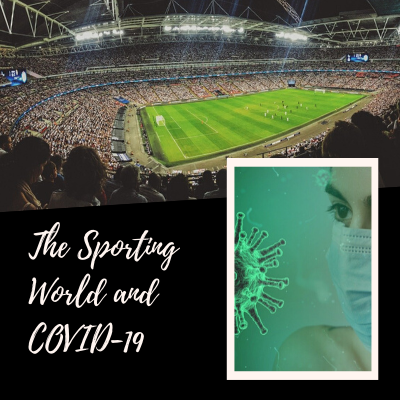 The Sporting World and COVID-19

A global time-out has been called over sport due to the Coronavirus pandemic, major events such as the Tokyo Olympics have been postponed for a year and the London Marathon going the extra mile being moved to October.

What is the current situation?

These events as mentioned will be returning though, some will be held behind closed doors where crowds will not be able to gather, or different rules sanctioned on them by their respected governing bodies to ensure athletes and supporters are kept safe.

At Pitlane we are accustomed to providing professional and experienced staff to these events and cover many different roles, working closely with event organisers and other businesses involved in making these events special.

As an example, our promotional staff distribute marketing materials, such as leaflets and competition handouts, due to social distancing rules and better hygiene awareness this may be affected in the foreseeable future.

We have provided staff to hundreds of similar sporting events from British Superbikes to the PDC World Darts Championship, all of which have different spectator environments, and which will create further hurdles to jump.

How will we and sport bounce back after the Corona Virus?

There are lots of different and inventive ideas that sports can and are adopting, to help make sports “normal again” such as in Taiwan baseball, they have installed cardboard cutouts to replace their fans inside the stadiums (we are not suggesting cardboard cutout customers!).

The way Pitlane and our clients tackle this pandemic whilst returning the results our clients wish for will involve different solutions, such as sanitisation stations and maintain distance throughout the event and we open to discuss options with you on complying with the social distancing rules

On top of this we also hand pick the correct staff for you and the event, this could be staff who have fantastic communication skills, are able to adapt to different situations and are passionate about the sport themselves.