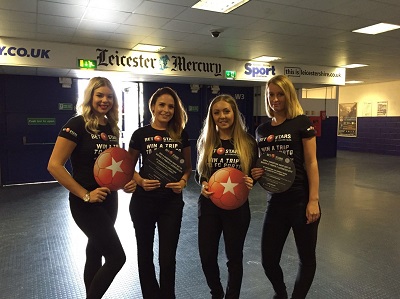 With the football back in full swing, promotions taking place at football grounds are also increasing. Deploying a team of our fantastic ladies to promote your brand outside the stadium can generate a great response, with thousands of guaranteed footfall to target as they arrive to watch their team play football.

On the 17th September when the promoted Burnley FC attempted to beat last season’s Premiership winners at the King Power Stadium, our client decided to hire 20 of our ladies to put their brand into the public eye. The aim of this promotion was to increase interest in the brand and build awareness of the service that they provide. The client provided the girls with branded t-shirts so fans could identify them from the crowd and promotional material that the public can read through before the kick off.

On the day the ladies set out in teams of 2 equipped with leaflets and big smiles, their brief was to approach as many of the fans as possible and put a leaflet in their hand with an explanation of what it is exactly that they are promoting. 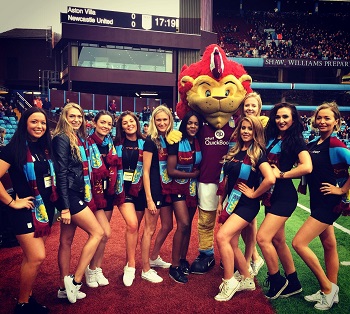 Following the success of the promotional activity our client then proceeded to make another booking, this time at Villa Park home to the west midlands based Aston Villa. This time 10 ladies were the catalyst for football fans to follow our client on their social media platforms. Armed with Instagram style frames, the team encouraged fans to strike a pose and post their images online tagging our client in the photo. In return they were given touch screen gloves meaning that they can keep their hands warm whilst sending texts or taking pictures at the cold winter matches coming up.

The 10 lucky ladies then formed the guard of honour at the start of the game, welcoming the football players to the pitch!