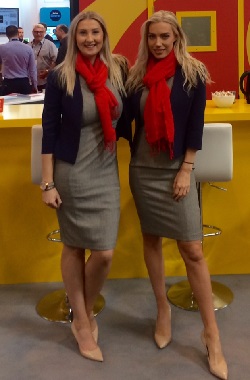 Not even a single sporting venue can match with the rich and royal history and heritage of royal ascot racecourse. Since past 300 years, the royal ascot has established itself as a well reputed national institution. Being the center of attraction of the social calendar of the British and the ultimate stage for the best racehorses in the world royal ascot horse race has a fine reputation across the globe every year it’s viewed in approximately more than 200 countries.

Queen Anne in 1711 first saw the potential for a racecourse at Ascot that was at that time well known as the east cote. While riding near the Windsor Castle she came upon an area of open heath that looked, according to her, “IDEAL FOR HORSES TO GALLOP AT FULL STRETCH”.

Royal Ascot Horse Race being one of the Britain’s most recognized and famous race meeting that welcomes around 300,000 visitors across the five days event making it one of the most valuable race meetings with prize money of £5.5 million.

We at Pitlane Promotional staffing agency provide hostesses, brand ambassadors and hospitality staff for this auspicious event every year. Every year around 1,000 limos and 400 helicopters are present at the Royal Ascot making the event a center of attraction for many. However, the Gold Cup is the highlighting feature of the race on the third day of the Royal Ascot, conventionally the busiest day of the week and is recognized as the “Ladies’ Day”. The Ascot today stages of twenty six days of racing over the course of the year, comprising of 18 flat meetings that are held from the month of May till the month of October inclusive.

The highlighting features of the event are:
1. It’s managed on behalf of the Crown by a representative appointed by the Monarch.
2. It was founded by Queen Anne.
3. Her Majesty the Queen takes a keen interest in the races, and has had great success with her own horses over the years.
4. During the Royal Ascot, the Queen traditionally presents the Gold Cup and the Diamond Jubilee Stakes.
5. The Ascot Race course is visited by just under 600,000 racegoers every year that is 10 percent of all UK racegoers.
6. The Racecourse covers around 179 acres of land.
7. The Ascot was at the heart of the country’s celebrations to mark the Diamond Jubilee of Her Majesty the Queen, with the Golden Jubilee Stakes renamed the Diamond Jubilee Stakes and was won by an Australian legend, Black Caviar.
8. In the year 2012 the world’s top four horses on official ratings ran at the Ascot.

Need to hire temporary promotional staff or hostesses at Ascot?

We have more than 3,000 registered, experienced staff who regularly work at Ascot. If you would like a quotation, please complete the form below or give us a call.