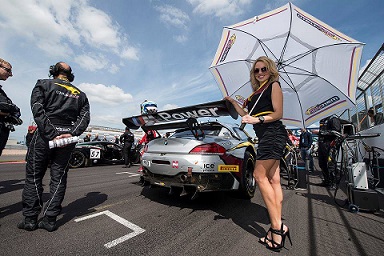 Grid Girls – The Necessary End of an Era

The start of 2018 proved rocky in many ways. For the grid girl, it seemed that the writing was on the wall. The Professional Darts Corporation announced that walk-on girls would be banned. In Formula 1, the idea of no longer using grid girls had been muted previously but the announcement that girls would no longer be used on the grid proved decisive.

There are two sides to the argument – on one hand, young women scantily clad holding a sign next to a powerful car driven by male drivers (usually, although that may be changing) is an image that belongs to yesteryear. It objectifies women, people argue, and their role is nothing more than adding glamour to the pit lane.

But on the other hand, there are those that point out these women are not compelled, made or forced to be a grid girl. So, what is the truth? What is the story on the inside?

The View from Pitlane Promotion

Your natural assumption would be that we would be in favour of keeping grid girls, the walk-on girls and the boxing ring girls. And in some ways, we are.

But the truth is, the situation in reality is a lot different.

Grid girls are not just part of motorsport. Women in tight dresses, oozing glamour and sex appeal appeared in male-dominated sports to ‘soften’ the edges. They did no more than stand trackside, looking glamorous as well as presenting the odd trophy or two.

But over the years, the role of the grid girl changed. Employed for their glamour, from the 1960s onwards, they were also expected to perform range of promotional tasks. Motorsports, like others, relied heavily on sponsorship to build bigger, better and more powerful cars.

And that meant the promotional side of advertising the team, handing out flyers, hosting VIP events and more, fell to the hardworking grid girl.

Whilst drivers snoozed on, grid girls would be up at 5am getting ready for the day ahead. From Formula 1 to tour car racing, the camaraderie between the grid girls, or brolly dollies as they would sometimes be called, was fun and light-hearted.

The attention, they said, the energy of the crowd and the glamour was unlike anything experienced anywhere. It was electrifying. But there were downsides. Built on disused airfields, the flat, baron landscape of a racing track is cold and windy, even in some of the hottest days of the year. Thank goodness that they would spend a small fraction of their day on the grid, freezing…

The Role was Already Changing

At Pitlane Promotion, we have noticed that over the years, the requirements for grid girls decreased – and was doing so of its own accord. This was because brands and venues were understanding that half-dressed females with no more than nipple tassels to cover their modesty was not in-keeping with the family atmosphere they were trying to create.

And so, grid girls were fast becoming the domain of sports with high stakes like the televised Formula 1 circuit, where sponsorship deals run into millions, professional darts, boxing or the MMA circuit.

We were being asked for promotional staff – women who could deliver a range of promotional activities, from sales to hosting an event or VIP party.

And our promotional hostesses come from all walks of life. Women who are intelligent and with a love of motorsport, they used their weekends freezing on the grid to fund their way through college or university. And we were happy to support and happy to be continuing doing so.

There are two sides to every story. There is an assumption that grid girls are nothing more than ‘air heads’. And yet, they were working, making their own way, doing their own thing and – this is the main point – enjoying it. If they didn’t, they didn’t do it again.

For many women, being a grid girl was an income. And although we are able to find other work from our promotional girls and hostesses to do, it seems a shame that banning walk-on girls and grid girls because it doesn’t fit with ‘modern values’ means taking the income from women who want to do this kind of work.